Technology, especially in the IT field, changes quickly. New technologies appear, or old technologies improve. Sometimes past technologies are reused in new fields. Smartphones have changed our lives over the past decade, and the deep neural network models, which have not been noticed before, is exploding in the field of machine learning in recent years.

New technologies are becoming more and more influential in human lives. Therefore, understanding the trends of technologies has become important. Technologies, like human life, disappear through the day of birth and glory. Disappeared technology may be the mother of other technologies. We need to know exactly what new technologies are emerging and getting attention. This information is necessary for forecasting market changes and establishing business plans. It also plays important roles in the policy making process of government agencies. It also plays important roles in predicting how our lives will change in the future.

What should we do?

Is there any good way to measure the process of change in technology? What data should be used to capture the trends? In general, we read newly published trends reports, technical books, or news. We listen to what experts say. These methods are good, but it is not easy to find a way to analyze the trends of technology personally and quantitatively. It is even doubtful whether quantitative analysis is possible.

My glory days are history …

Despite the growing interest in IT technology in general, there are technologies that do not attract attention. These are technologies that have once attracted a great deal of attention in certain areas but have not participated in the recent upturn. Let’s look at the figures below. (The value on the y-axis represents the normalized degree of the utilization of the technology.)

HMM (Hidden Markov Model) is a technology that has been used to learn or detect the sequential patterns included in the data. Especially, it has been used in the field of speech recognition, video recognition, natural language processing, and so on. However, as you can see from the figure above, it seems that it has not been able to join the recent upturn. (Compared with the trends of CNN and LSTM, which are used in similar fields (Figure 9. Figure 10.), the difference is clear.)

SOM (Self-Organizing Map) is one of neural network models. SOM is an unsupervised learning method that maps features in higher dimensional vectors to lower dimensional vector space. SOM has been widely used to find the characteristics of clusters in data, but it has not been mentioned much recently.

Haptic is a technology that provides a sense of touch to the user by including vibration or motion in the devices. This technology has been studied extensively in the field of Human-Computer Interaction. In recent years, the current is not the same as before.

MLP (Multilayer Perceptron) is the first model to be encountered when studying neural networks. It can be said that it is the basis of deep learning models that have recently been attracting attention. In recent years, however, it has given way to more complex models.

Kalman Filter is a technology for extracting the best predicted value for the current state from the noisy data. This technology has been widely used in several areas such as machine vision, aerospace, and weather forecasting. Recently, as shown in the figure, the degree of use looks stagnant. However, the Kalman Filter has a lot of modified models and is widely used in fields other than Computer Science, so more data is needed to confirm.

EEG (Electroencephalography) is an important indicator of brain activity. EEG has been widely used in applications to measure human emotion, excitement, or concentration but in recent years its utilization has stagnated. However, EEG can be used more in areas other than Computer Science.

DTW (Dynamic Time Warping) is one of the methods of finding the similarity of two vectors with different lengths, and is widely used for speech recognition, especially for isolated word recognition. This technology is still in use, but it is giving way to other models in the field of pattern recognition.

Particle Filter is a kind of Monte Carlo algorithms used in Bayesian probability distribution inference and signal processing. It is a method to find the state of the system when the input data is incomplete.

The hottest technologies in the field of Computer Science in recent years are cloud, IoT, deep learning technologies, blockchain, and so on. These technologies are largely driven by the development of large-capacity memories, processors, and GPUs, and their applications are continuing to expand.

Among the technologies in the deep learning field, the most representative ones are CNN (Convolutional Neural Network) and LSTM (Long Short-Term Memory). These technologies have recently been widely used in fields such as machine vision, speech recognition, natural language processing, and the like.

Drone related technology is still developing, and application fields are becoming more and more diverse. Drone became a big topic in the opening and closing ceremonies of the 2018 Pyeongchang Olympic Games. The intelligent Drone will greatly change the environment of the future life.

Blockchain is a distributed information processing system technology that improves reliability. In recent years, it has become a big issue with cryptocurrency.

Health-related issues are always important and it has always been in the field of Computer Science. As can be seen from the figure, the healthcare-related technologies are attracting attention. In particular, issues related to the Electronic Health Record (EHR) show a pattern of rapid increase. The issue of diabetes, which is increasing worldwide, is also steadily increasing. This is related to the global trends that focus on healthcare with telemedicine, data analysis, and artificial intelligence.

The development of social media such as Twitter, Facebook, and Intagram has had a big impact on Computer Science. It is typical to study interaction patterns among users by applying various data analysis techniques or to analyze patterns of spreading information.

Smartphones have transformed not only the computing environment but also the way of life. And such trends also appear in the trends of android-related issues.

Gradient descent is one of the methods to reduce the error of the neural network models. It is also related to the recent increased interests in neural network fields.

Word2vec is a way to express grammatical and semantic features of words by embedding all words into vector space. It was created by Google’s researchers and has been widely used by many.

The remaining questions and the future

Looking at the figures above, there are forgotten technologies, and there seems to be new technologies on the stage. Also, we found that the changes actually appear in the trend of the data. Subsequently, the following questions arise.

Inforience is trying to find answers of these questions by integrating techniques such as machine learning, natural language processing, and time series analysis. And soon we will release our answers. We are looking forward to the next article. 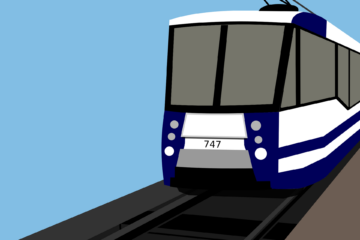 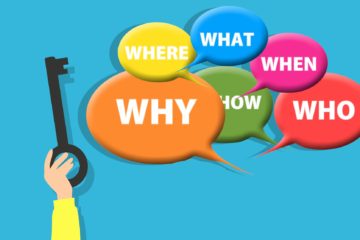 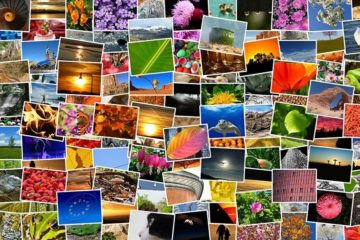