Consider a system that performs the following tasks:

If you can keep an eye on your data personally, these tasks will not be difficult. The only thing you have do is to find the moments. However, no one is able to look at the data 24 hours a day. These tasks should be left to the computer. In other words, we have to tell the computer: “I will hand over the data to you continuously, then let me know if you find any critical moment of changes.”

The explosion of IoT devices has made it possible for anyone to collect sensor data. We can also easily obtain various data from the web or the cloud. In the future, even if you are not a data scientist or engineer, you may want to find personally important moments from your data. Therefore, it would be nice if you have the capability of intelligently detecting important changes and performing related tasks accordingly.

Much research has been done on Outlier Detection, Change Point Detection, and Anomaly Detection. The researches have tried to develop efficient algorithms that can self-detect important change points in the data even when there is no prior knowledge of the data.

Is it really difficult to detect critical change points automatically?

Figure 1. Trend of ‘virtual currency’ mentioned in Korean online news for the past two years.

Patterns can be detected based on simple rules. For example, if the temperature rises above 20 degrees Celsius, it can be detected. If the stock price rises 10 point, it can be detected. These rules can be expressed by simple programming code. However, there may be numerous change points in the data. It is impossible to predict and define the rules for all possible changes in advance. It is not easy to distinguish critical and non-critical changes in advance. To make matters worse, the data may contain a lot of noise.

Let’s do something challenging.

In this post, we describe the results of applying change point detection method, which is developed by Inforience. This method belongs to the automatic pattern analysis functions included in CoDIP (CoDIP-PA). We will introduce someday the results of applying the method to real data and also explain how to build intelligent services based on this method.

(1) Detecting the moment when the data which kept at the proper level suddenly drops or rises.

If your academic grade is already excellent enough, you may want to keep it, but there may be a moment when it falls. When this happens, you need to know when and why. You may wonder why your favorite celebrity is suddenly mentioned a lot in the news. The room door should not move when there is no family member in your house, so if a movement is detected, it may be an emergency situation. In an environment where humidity must be maintained at an proper level, sudden drops of humidity level can be a problem. It is important to detect these situations as quickly as possible.

Figure 2-(a) shows the situation where the value of the data changes abruptly. Figure 2-(b) shows the result of finding the change points by CoDIP-PA. In fact, it does not seem so difficult. You can design a system to detect when the data rises above a certain value. However, it is impossible to specify all of such detection criteria in advance.

Figure 3-(a) shows a situation in which sudden rise and fall appear several times in various magnitudes. Figure 3-(b) shows the result of detecting the change points by CoDIP-PA. But in fact, this does not seem too difficult either. 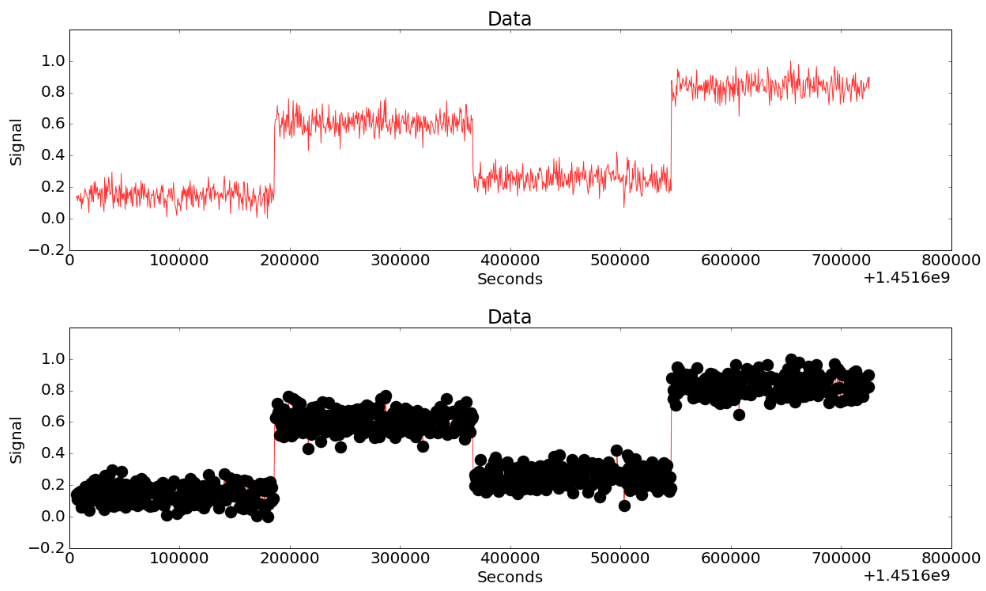 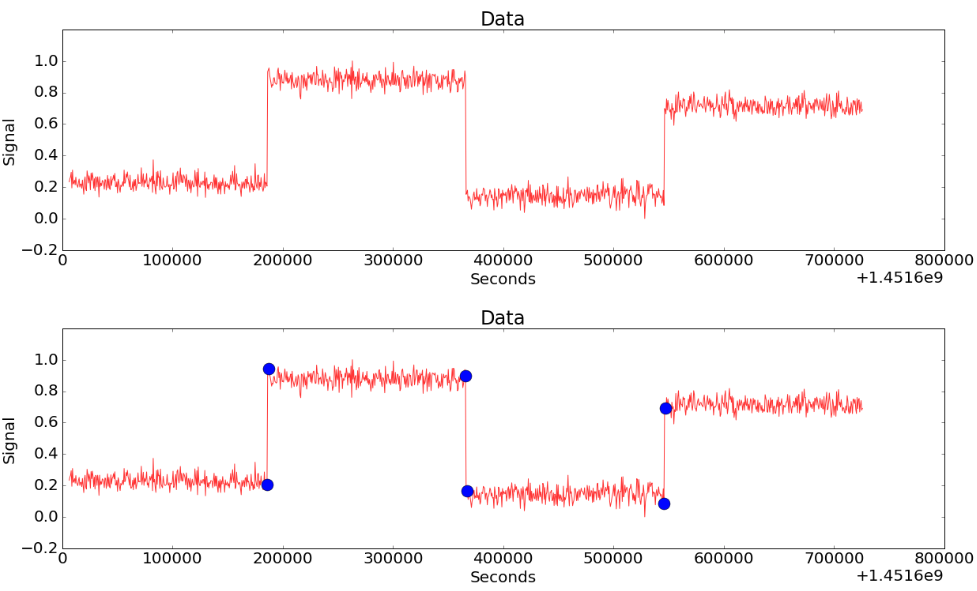 (2) Detecting changes of the data that must show a constant movements.

Figure 5-(a) is the sinusoidal data. When you measure temperature and humidity, temperature is high in daytime, but is low at night or dawn. Humidity shows opposite patterns to temperature change in general. If there is a sudden change that is unfamiliar to us, can we detect it?

Figure 5-(b) shows a case where a strange change is included. Figure 5-(c) shows the result of CoDIP-PA detecting the change. After showing the strange change, when the graph returns to its original pattern, it recognizes it as a normal pattern. 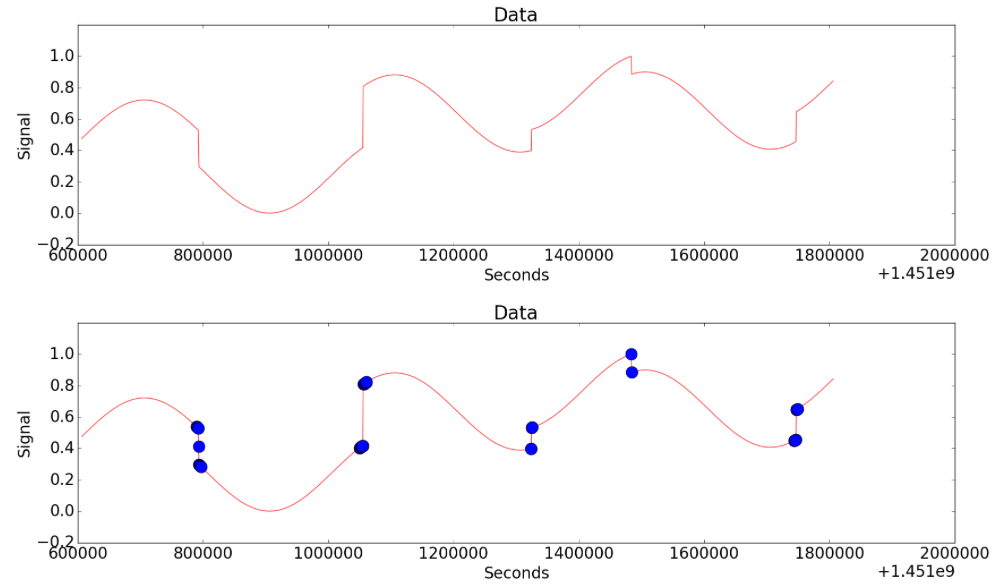 Consider a situation in which an equipment suddenly moves faster. Is it broken? Or the condition of the equipment is worsening?

Figure 6-(a) shows the case where the period of repetitive pattern becomes shorter gradually from a certain moment. (Notice that there is no change in the range of data values.) Figure 6-(b) shows the result of detecting the change by CoDIP-PA. 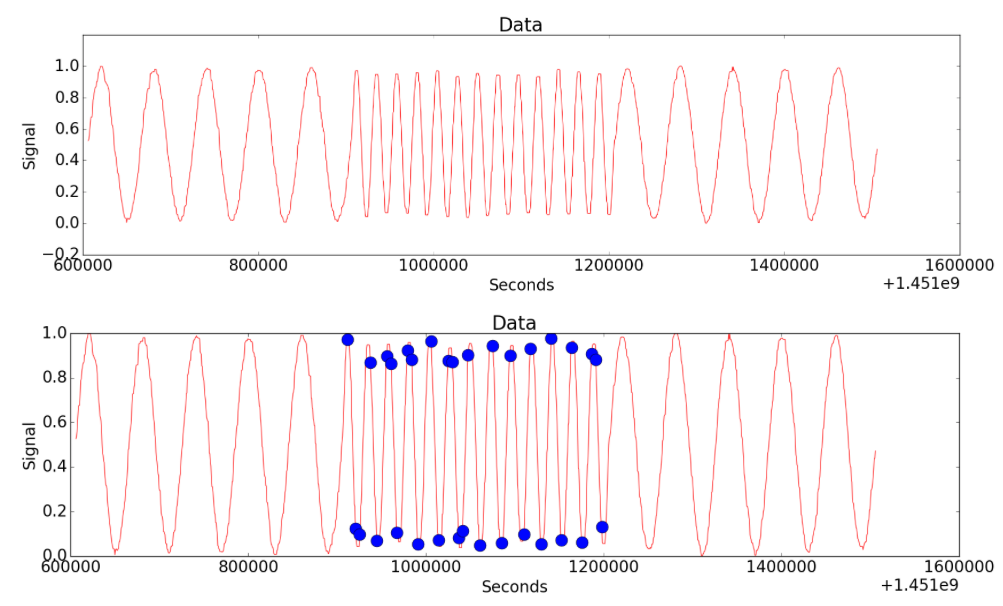 (4) Detecting the change of the main fluctuation without falling into noise and small fluctuation.

Figure 9-(a) shows the case where the main fluctuation is mixed with severe noise. In this case, CoDIP-PA also detects the characteristics of the noise and detects only the moment when the period of main fluctuation changes. (Figure 9-(c))

What about the other algorithms?

So far, we showed that CoDIP-PA can adapt itself to the characteristics of the data. Will other algorithms produce the same results for the same data? Let’s look at the result of applying the Bayesian Changepoint Detection [1, 2, 3] and the famous luminol library [4] to the same data. 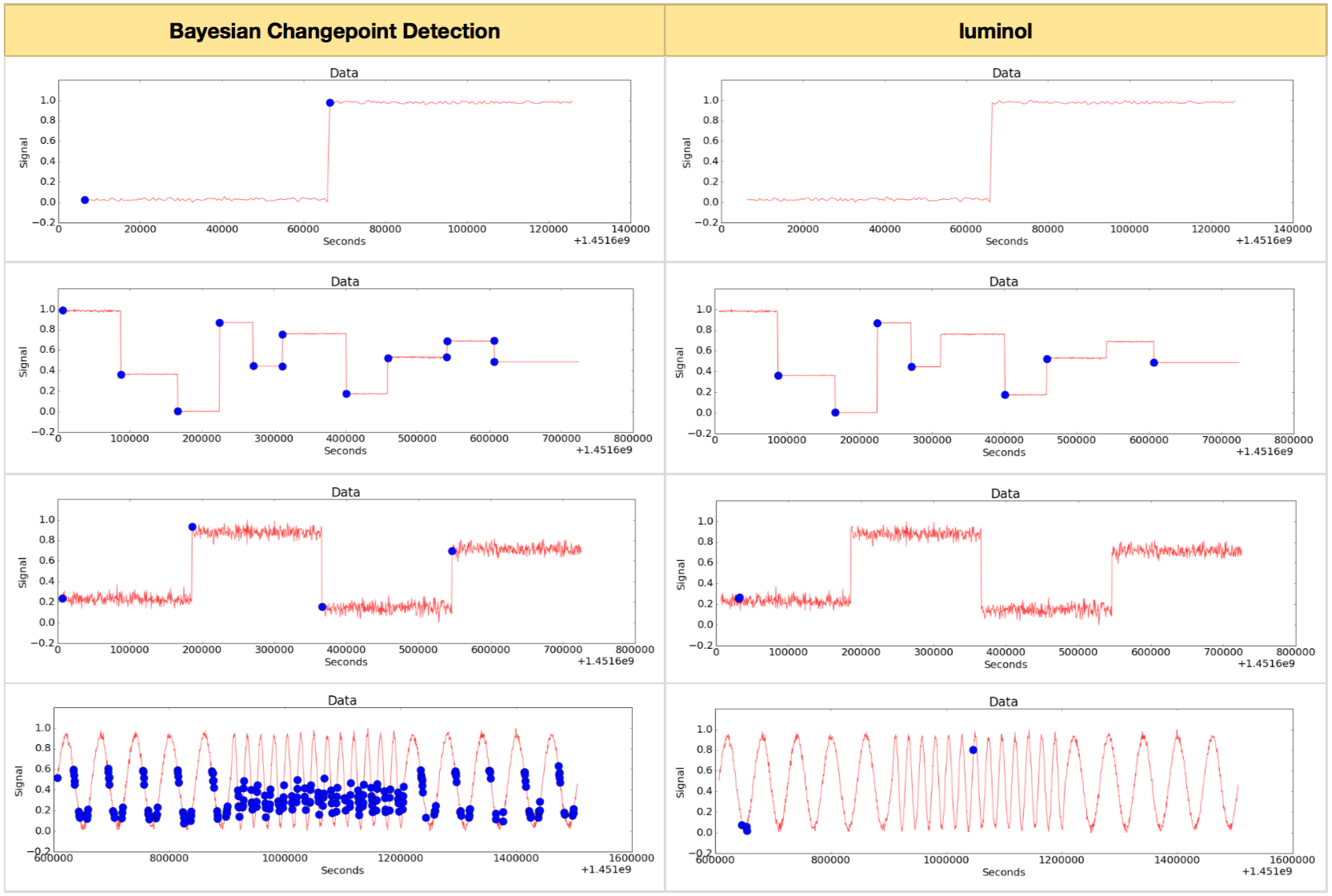 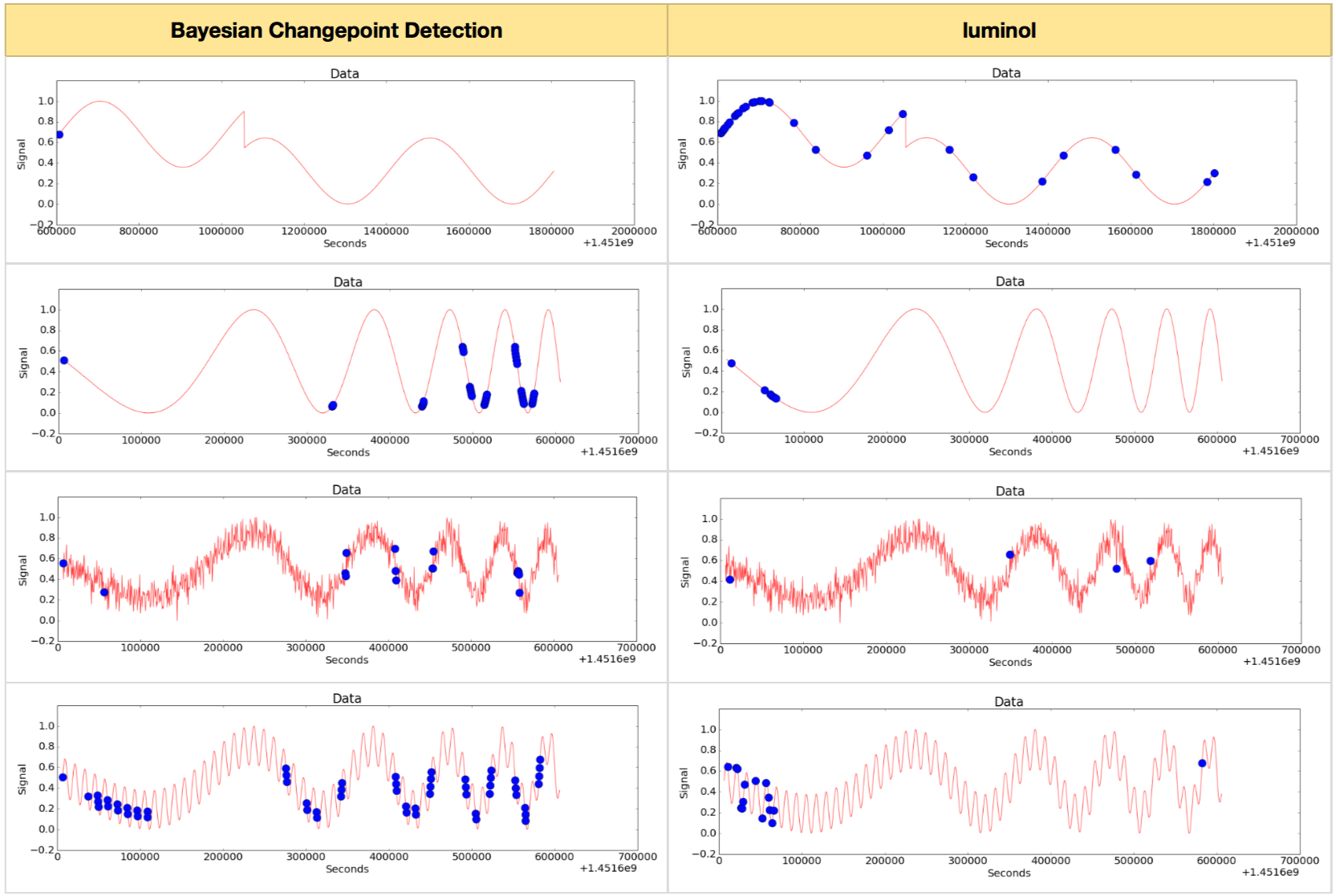 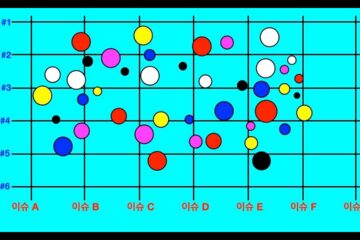 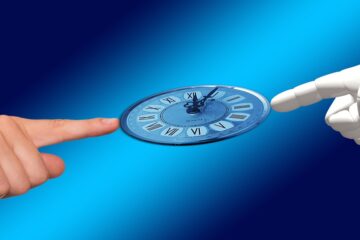 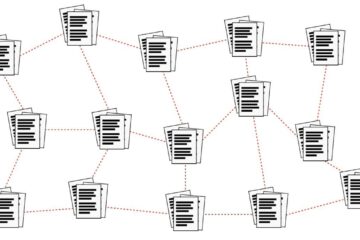